Some of you will remember that last year I made “Maleficent”, the dragon from the classic Disney movie “Sleeping Beauty”, as a commission.     I had only one photo from the movie to work with (I have this photo, and the Maleficent I made below).    It turned out to be a very popular piece.   So I decided to make her son.  I’ll bet you didn’t know she had a son!   Well, she did.   How do I know?   Because I have his head on my wall.   Here it is. 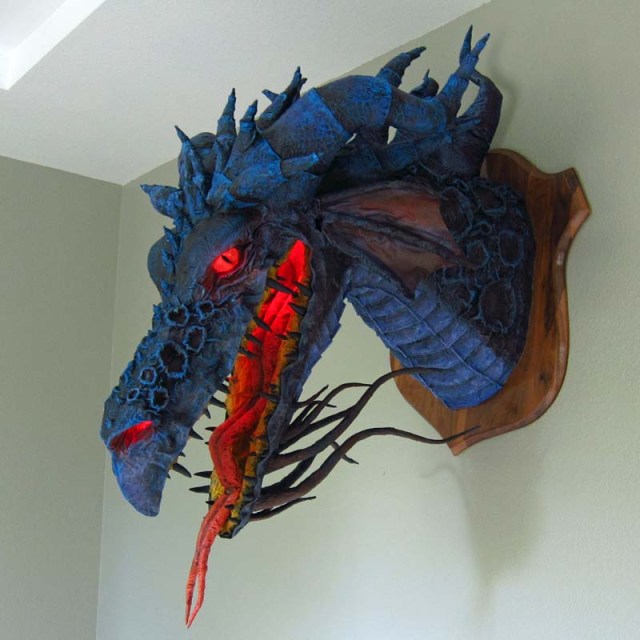 I wanted the son to be more aggressive looking…to have more of everything.  So I added a lot more horns and more detail in every respect.

Yes, I added l.e.d. lights like I did with Maleficent, red this time.   I have little micro-switches behind the ears to turn them on and off.   Of course the lights look much better when it’s darker.  But I wanted you to see the details of the trophy, so I shot these photos in the daylight. 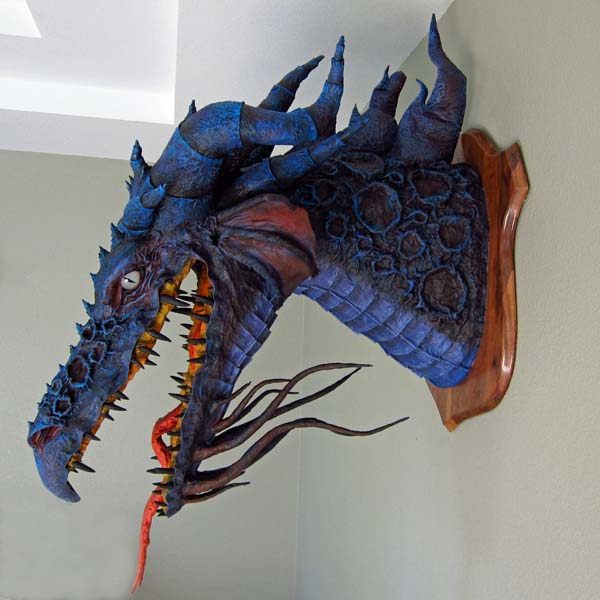 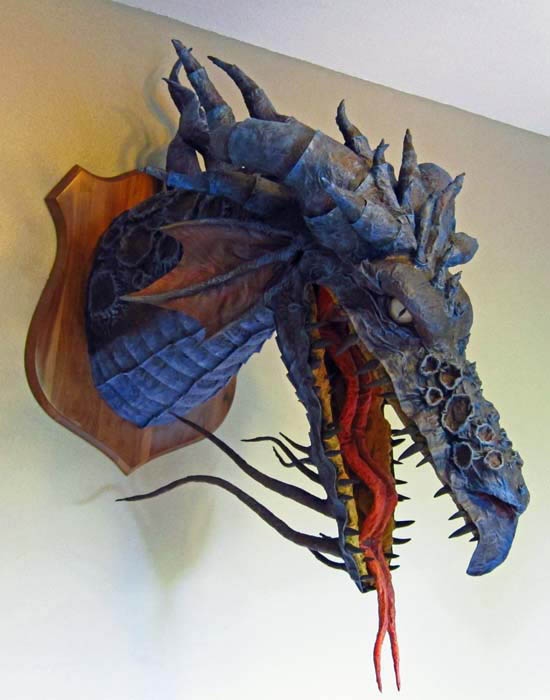 And, here is one with me in the photo so that you get a sense of scale. 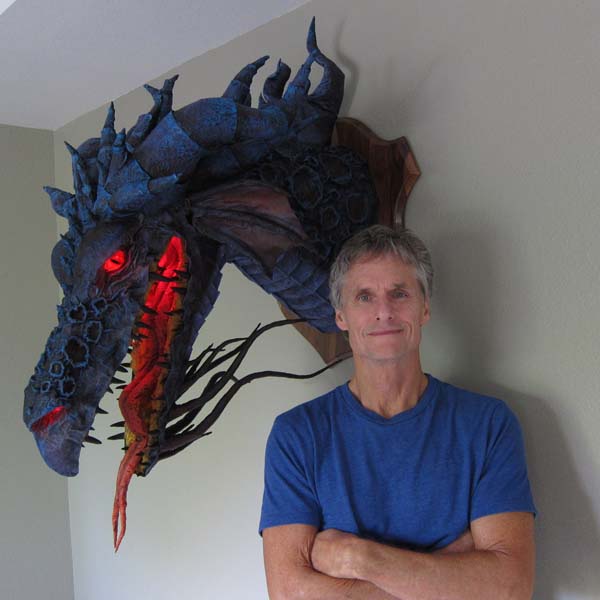 And, in case you forgot, or you didn’t see the post, here are photos of the original Maleficent commission along with the cartoon I used as a guide. 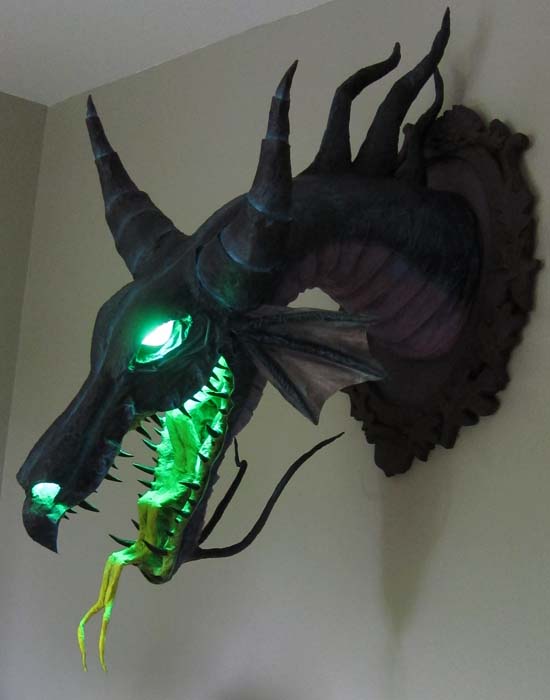 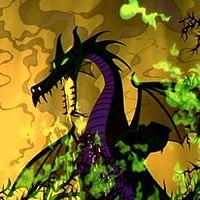 Now I’m sure that there are Disney purists out there who will hate this project.   It will be seen as sacrilegious to mess around with the original (much less suggest that Maleficent had a baby!).   To those people I can only say….it’s just a cartoon.

It turns out I took a lot of video of this project while I was making it, but not many photos.   So I’m not going to build this trophy here on the blog.   But I did make one of my time-lapse videos of the build.   If you are interested you can find it here.

By the way.    I realize that I never posted any photos of the juvenile version of Drogon.    Like with the Son of Maleficent above, I didn’t post the making of this project but I did make a video.   So here is a photo of him.   If you want to see the video click on the photo. 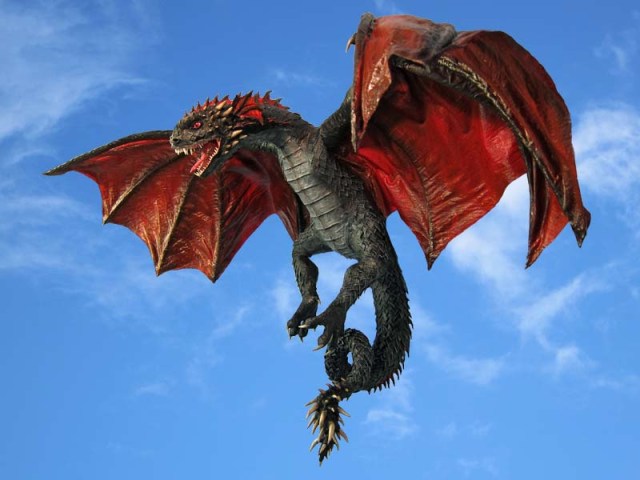 And, in case you’ve missed Eddie the pill, here he is. 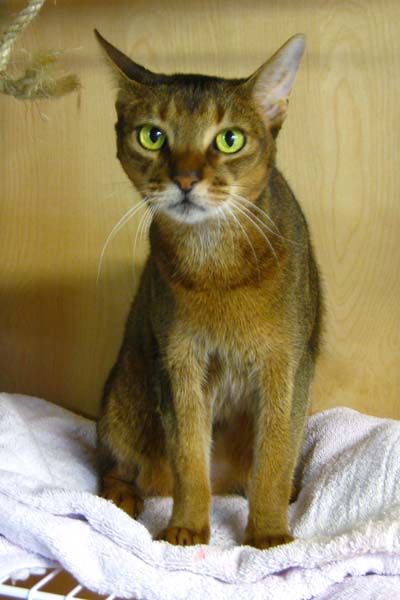