Posted on September 23, 2015 by danmonsterman

Hello everyone.  Well, my ADHD approach to my paper mache art is very evident lately.  I am still working on my dragon-like dragonfly.   But I’m also working on a commission that has become a bit all consuming.   So my dragonfly has been put on hold for a little while until I finish with this commission.   So, if you want,  I’ll take you on this diversion with me.   First, a little background…

There is a restaurant in Savannah Georgia called “The Chromatic Dragon”.   It is themed around the Dungeons and Dragons card game.   The name of the restaurant refers to a specific character in that card game called the “Tiamat Dragon”.   It is a super cool, five-headed dragon.  Each head has a set of physical characteristics defined by the game.  Each is a different color for example.  The heads are black, white, blue, green, and red.  Each has a different kinds of horns, scales, etc.   I have been asked to make a five-headed trophy of this dragon for the restaurant.   It was too big a challenge to pass up.   I just had to make it.   I’m pretty sure that the patrons of this restaurant will be highly critical of errors in artistic judgement or misinterpretations of the way these dragons are supposed to look.  So my task will be to make these heads consistent with the descriptions in the game, while reserving some of my own artistic license.    I’ll talk about all this as the project moves along.  First, the very basic, basic start.

As always, I started by crumpling newspaper.    Of course I sprinkled a little magic, dragon-dust on the paper before I crumpled.  (It looks just like graham cracker crumbs.) 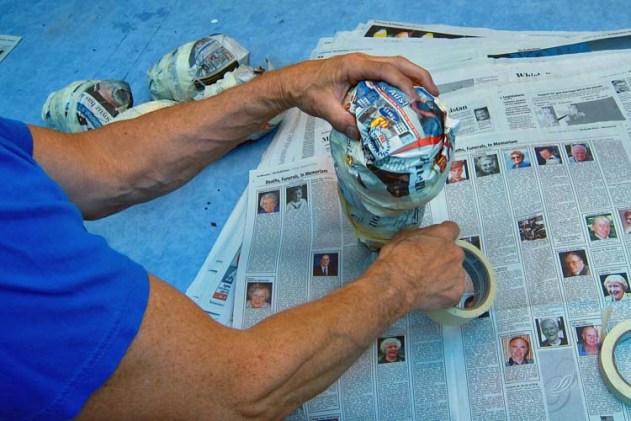 At this point it is just about making the paper mache pieces that I will use to sculpt.   I never worry too much about precision at this stage.  It’s about getting a sense of size and composition.  Since everything is “times 5” with this project, I ended up with a large stack of crumpled balls. 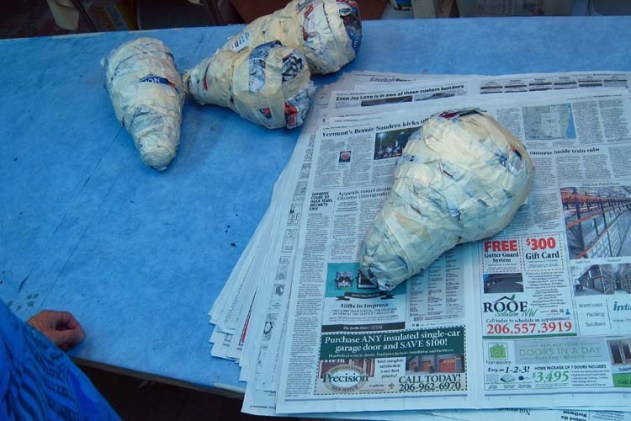 Once I had a few balls crumpled I started putting them together to make the neck of the first trophy. 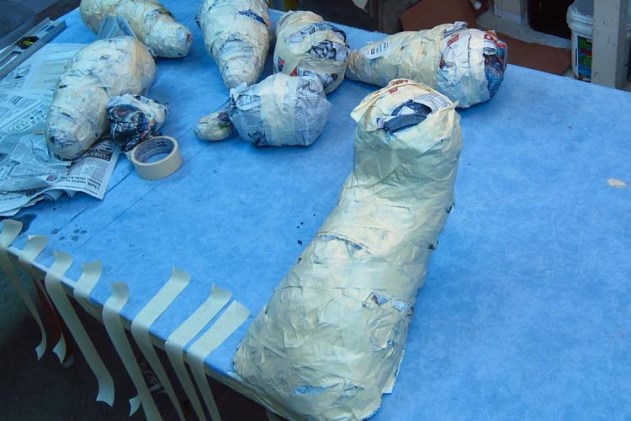 I decided that I would start with a row of three heads.   On the left will be the black dragon.  In the middle will be the red, and the white dragon will be on the right.   I like the idea of black and white on either side of the red.   In fact, after reading about these dragons, the red seemed to be the most aggressive.  So I figured that he should take center stage. 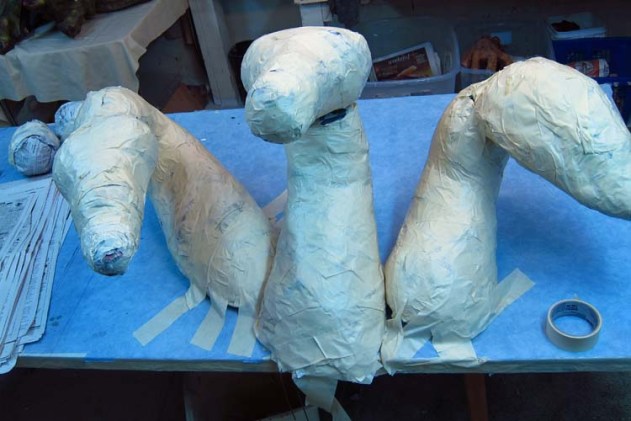 I have a defined size to work within.   I’m trying to stay within a four by four foot space.  And it shouldn’t extend out from the wall more than about two feet.

I added the green and blue dragon heads above the row of three (green on the left).  In its roughest form, here is how I want the heads to be configured. 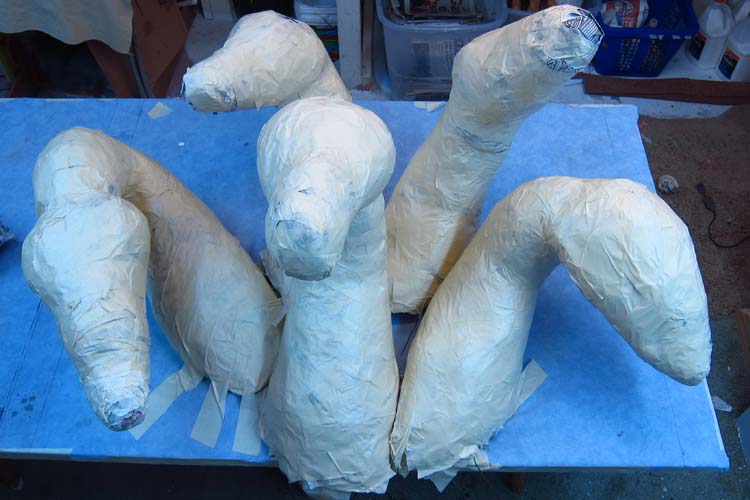 I took a lot of this apart before adding the paper mache (for reasons I’ll tell you about later). 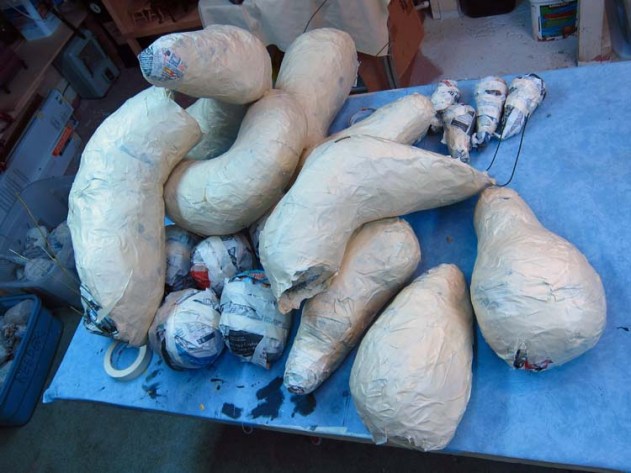 I also crumpled a few more balls.  I will use their paper mache shells for sculpting later.  I will leave you with this pile of pieces ready for the paper mache.

More later.   Thank you as always for your patience!