Hi all.  Well, once again, this post is late in coming.    As I’ve stated many times ….it’s not my fault.  I have an ADHD problem with my paper mache art.   I start something and then get sidetracked, usually by another piece of art.   I am also working on a commissioned piece.   I’m making a fairly large set of trophies that illustrate the “Tiamat” Dragon in Dungeons and Dragons.   It is a multi-headed dragon that has five distinct heads.   I’m doing this for a restaurant in Savannah Georgia.  More on this later.

My wings are finished and waiting.   They turned out well.   So on to the body…

… until I got to the tail.   Here is a look at the body with all the balls in place.

I added a couple more segments for a neck. 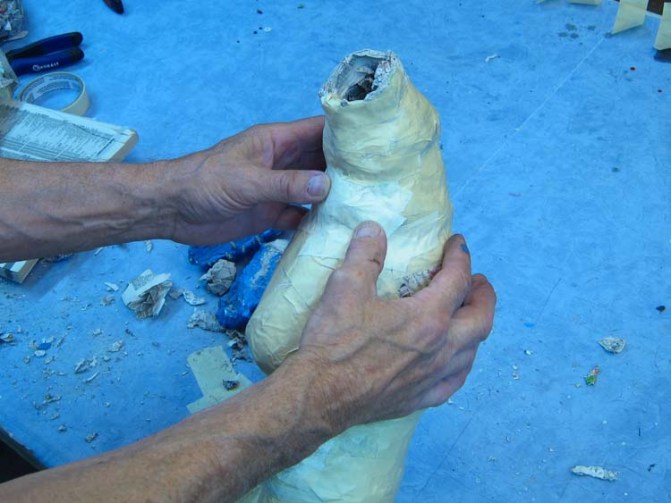 Then I made a head in the usual way.  I made teeth out of Fimo.   I cut open another paper mache ball and hot glued the teeth around the shells to make jaws. 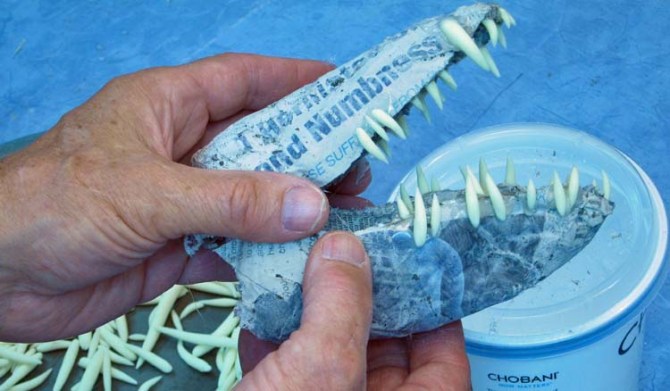 I also made a small, dragon-like tongue.

I added cloth mache to the jaws and painted them blue.  Then I hot glued the tongue into the lower jaw. 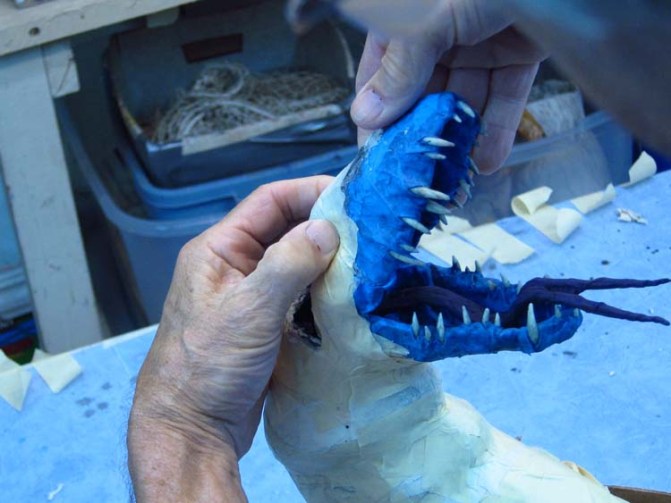 Now I must talk a bit about the eyes.  I wanted big, bulbous eyes for this project.  That would make it more insect like.   But it is also a dragon, so I wanted something that looked enough like a dragon as well.   So I used two taxidermy, elephant eyes.  I used my Dremel grinder to grind away almost all of the paint inside the eye.   I left only what I wanted as slits for the lens.

This is how they looked.

Of course, as soon as I saw these lenses I realized that they were just too thin.  So I used black paint to widen the lenses.  Sorry about the next few photos.  They are pretty blurry.  But you’ll get the idea.

I painted some yellow stripes emanating outward from the lenses.  While still wet, I added some orange paint. 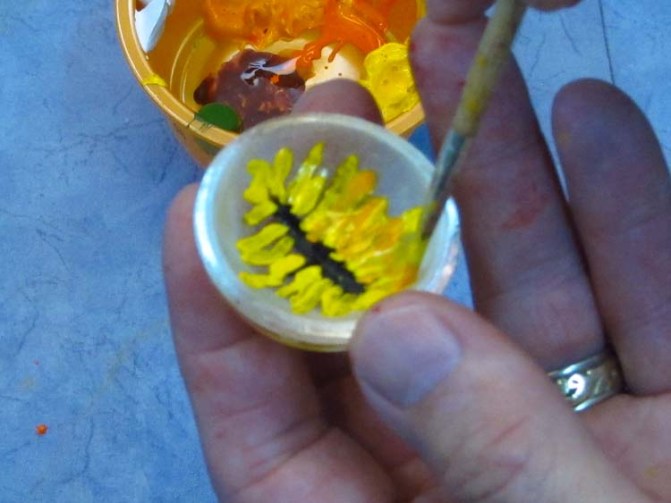 Likewise, while the yellow and orange paint was still wet, I added a layer of red over the entire eye.   Because it was all wet, it blended together. 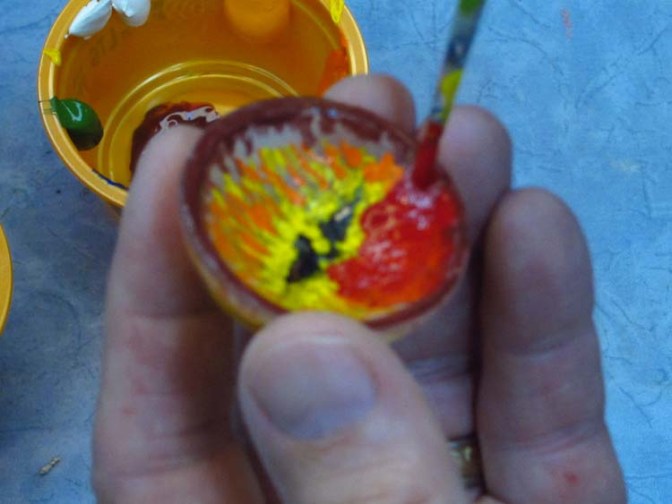 Here are the finished eyes.   I like them.  I think when they are on the project, they will look both dragon-like and insect-like.  We’ll see. 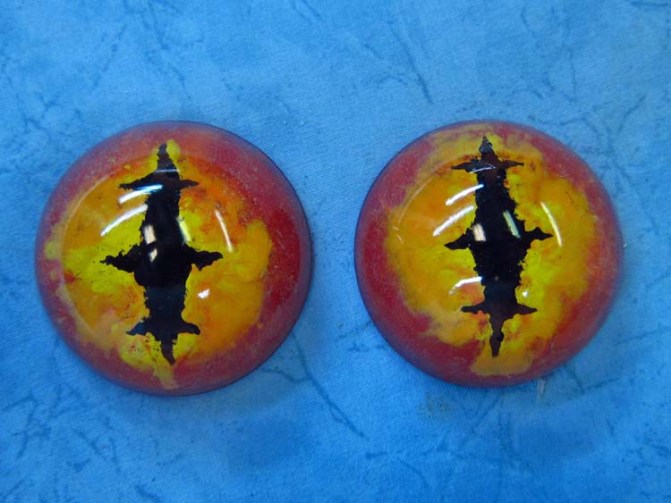 Thanks for stopping by.  More later.

I've been a paper mache artist for many years. Visit my website for instructional videos, galleries, and everything else paper mache. Or visit my WebPress blog, PaperMacheBlog.com.
View all posts by danmonsterman →
This entry was posted in Paper Mache Dragonfly and tagged arts and crafts, cloth mache, paper crafts, paper mache instructions, papier mache, papier mache recipes, sculpture, trophies. Bookmark the permalink.